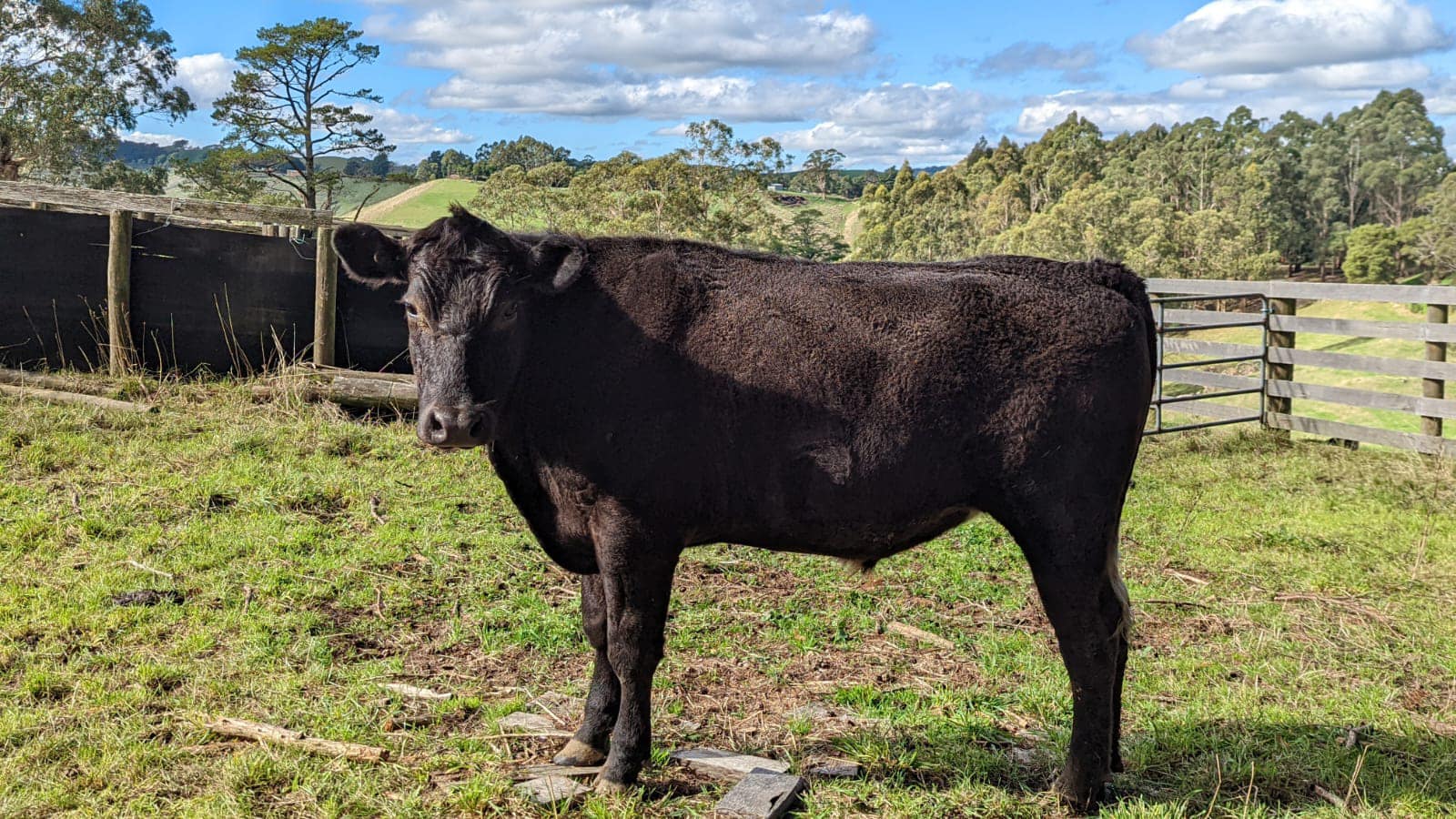 This post should only be about Hamish and his others, those who knew he was being killed and dismembered. They stood opposite crying out for him during the whole four hours it took to chainsaw him into pieces.

But it’s also for me and the two workers (Dani and Alex) who remain traumatised by what happened right across the road from our peaceful animal Sanctuary. And it’s for ethical vegans around the world, who in their hearts and minds suffer grievously for each and every animal brethren needlessly killed, yet are mocked and hated for being ‘self righteous’.

At 4:15 pm Monday 9th May, we heard a loud gunshot followed by another a couple minutes later. All afternoon we were hearing a lone cow in a yard directly across the road calling out. This yard is usually empty, so early on Alex went to check and saw a lone black cow who was obviously distressed. We realised the shot had killed him when we saw the large ‘Onsite Butcher’ truck there, followed by sounds of chains and chainsaws for the next few hours. We named him Hamish.

Our larger herd of 11 rescued cows had been milling in the area due to his calling out. After the gunshot though they gathered along the fence directly opposite the killing calling out, some more distressed than others. I went to try and calm them but they remained there, stressed and in angst the entire four hours until the lights and machinery stopped. Oscar especially, I swear, grimaced in agony at what he knew was happening.

What we humans, so thoughtlessly and needlessly, do to our animal brethren (killing billions daily) is so wrong and cruel. And whether you love, hate or couldn’t care less about vegans, spare a thought for their genuine and bottomless pit of grief for those they respect so deeply.