Thelma and Louise were born in a farrowing crate, where their mother was confined and unable to nurture them. 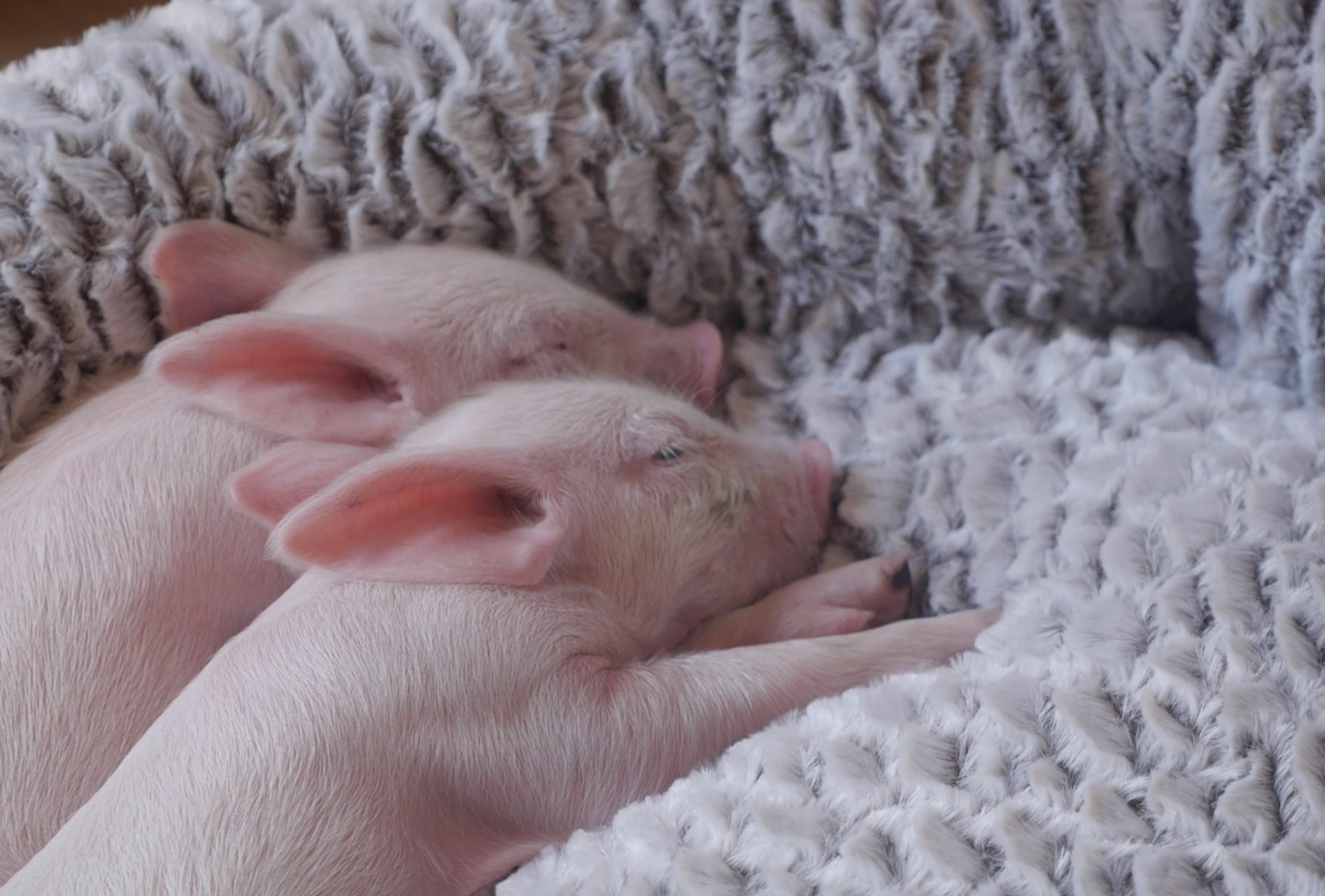 Sows are forced to breed from the age of 5 months old and these mothers give birth and raise their children in tiny metal crates, which do not allow them the freedom to even turn around.

Thelma and Louise’s mother made every attempt to nurse her babies, who if they had not been rescued, would have been taken from her to be raised for slaughter.

Thelma and Louise lives and play together, as well as with the other pigs, sheep, and anyone else who will join in! They are free from harm, forever.