Tam is a Muscovy duck who was rescued by Animal Liberation Victoria in March 2015 with her 2 sisters and 2 geese after being dumped at the Elwood canal. 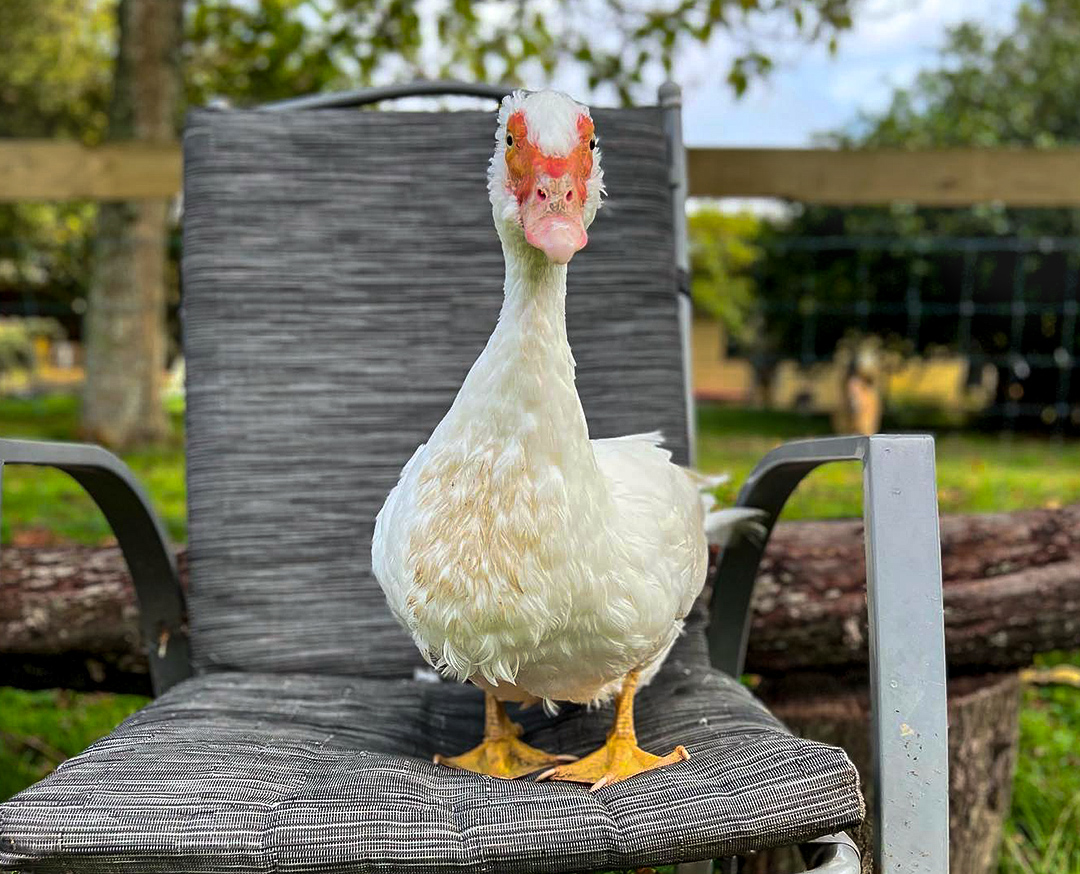 This sometimes happens when people purchase ducklings and goslings from the markets, not realizing the care required or simply not wanting them once they are no longer babies.

If they had not been rescued, being domestic animals, they would have been collected by the council and euthanized. Instead, they all got to live together at the ALV urban sanctuary in Elwood before coming to Liberation Sanctuary in April 2016.