Father, and fierce protector of his dames 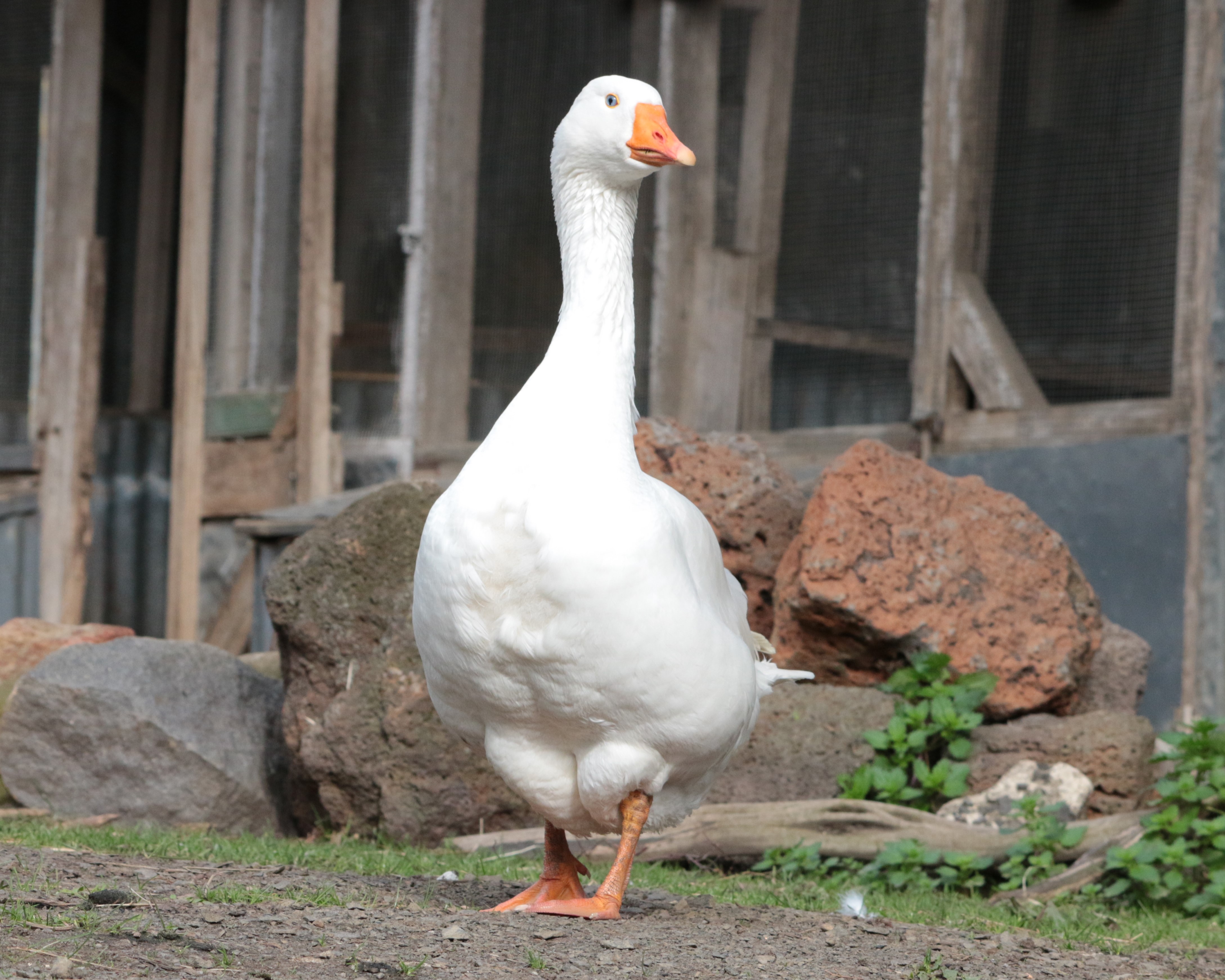 Nightingale is the father of Lucy who was born at the sanctuary in October 2018.  Nightingale is a fierce protector of his daughter and dames, often seen with his head down and wings out, hissing, to let you know not to come any closer, with with Lucy, Beau and Snow following closely behind.

Nightingale was originally rescued by Animal Liberation Victoria in 2015 along with fellow goose Beau and 3 Muscovy ducks  after being dumped in the Elwood Canal.  If they had not been rescued, being domestic animals, they would have been collected by the council and euthanized.