Issac was one of a kind, but also one of 70 BILLION broiler babies who humans kill and eat every year. 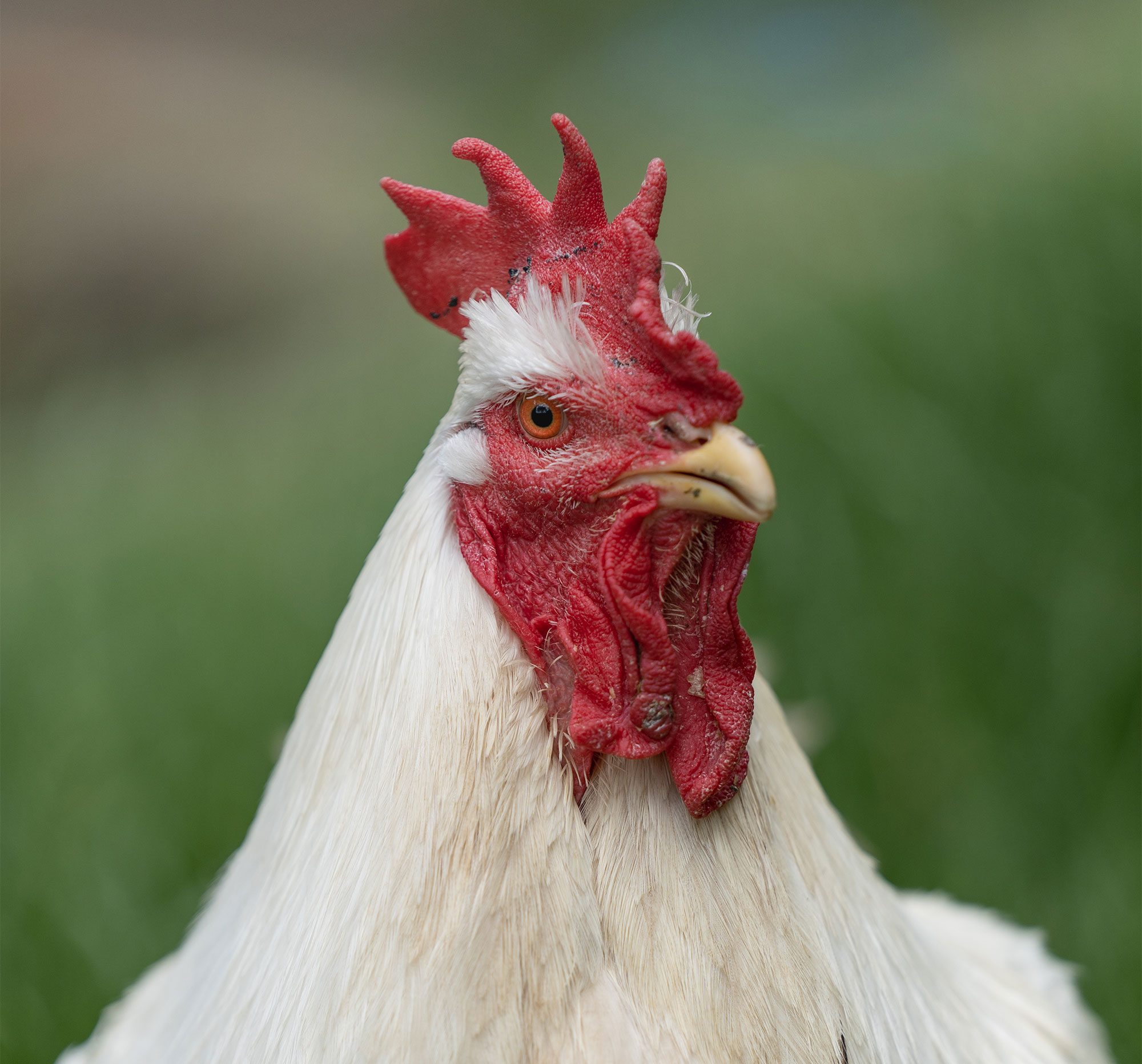 We engineer these birds who the Poultry Industry calls ‘broilers’ to gain weight so quickly that when five weeks old they are adult size! They still have blue eyes and chirp for their mothers.

Issac was one of the 70 BILLION born in 2016. But the Poultry Industry or supermarket didn’t get him, we did. Just in time! November 2016, ALV organised a vigil at a poultry slaughterhouse. Issac, along with several other sickly five week old babies were pulled from the crates on the transport trucks, others laid dead inside.

It’s hard to get ‘broiler chickens’ to live a year, they are programmed for quick weight gain and their hearts and bones often give out. But Issac had a zest for life and would have turned four in two more months.

When he was two years old he developed a bumble foot, common in heavier birds. It’s usually treatable in a couple months, but Issac had a nasty strain and was on antibiotics for the last 21 months of his life. We had to debride his sore foot and bandage it 2-3 times every week, that’s well over 200 times! Dear Issac soldiered on. Such was his eager anticipation of a treat afterwards. And such was our love for Issac.

It was illegal for the vets to prescribe the antibiotic he needed. Why? Antibiotic Resistance. As Issac is branded a ‘meat bird’. Even though the vets knew we were vegan and would never eat our friend they would have lost their licence if they gave us the medicine he really needed. Pandemics will be child’s play once antibiotic resistance really sets in.

Our health, our planet and our humanity do not need to kill billions of baby birds every year.

With love and respect to Issac and every other single chicken.

Isaac was rescued off the back of a truck, only moments before reaching the abattoir gates.

Rescued from the chicken meat industry, Isaac was bred to live for only up to 6 weeks of his life.

Isaac is now over 3 years old, an amazing age for him to have reached, considering that broiler chickens are bred to grow so quickly that they struggle to endure life in these abnormally large bodies.

Because of this selective breeding and extra weight, Isaac regularly deals with ‘bumble foot’. This manifests as pus-filled abscess’ that are covered by a black scab on the soft pads of his feet. These cause Isaac pain and makes it hard for him to walk, unless they are treated.

Isaac needs extra care because of bumble foot, including antibiotics, a strict diet to keep him from getting too heavy on his feet, bandaging, pain relief, and sometimes small surgical vet appointments.

Isaac wanders the sanctuary, and has many other chicken friends keeping him company. He is a sweet and affectionate boy, and he is free from harm, forever.