Mabel is a partially blind cow who was severely neglected and close to death before her rescue. 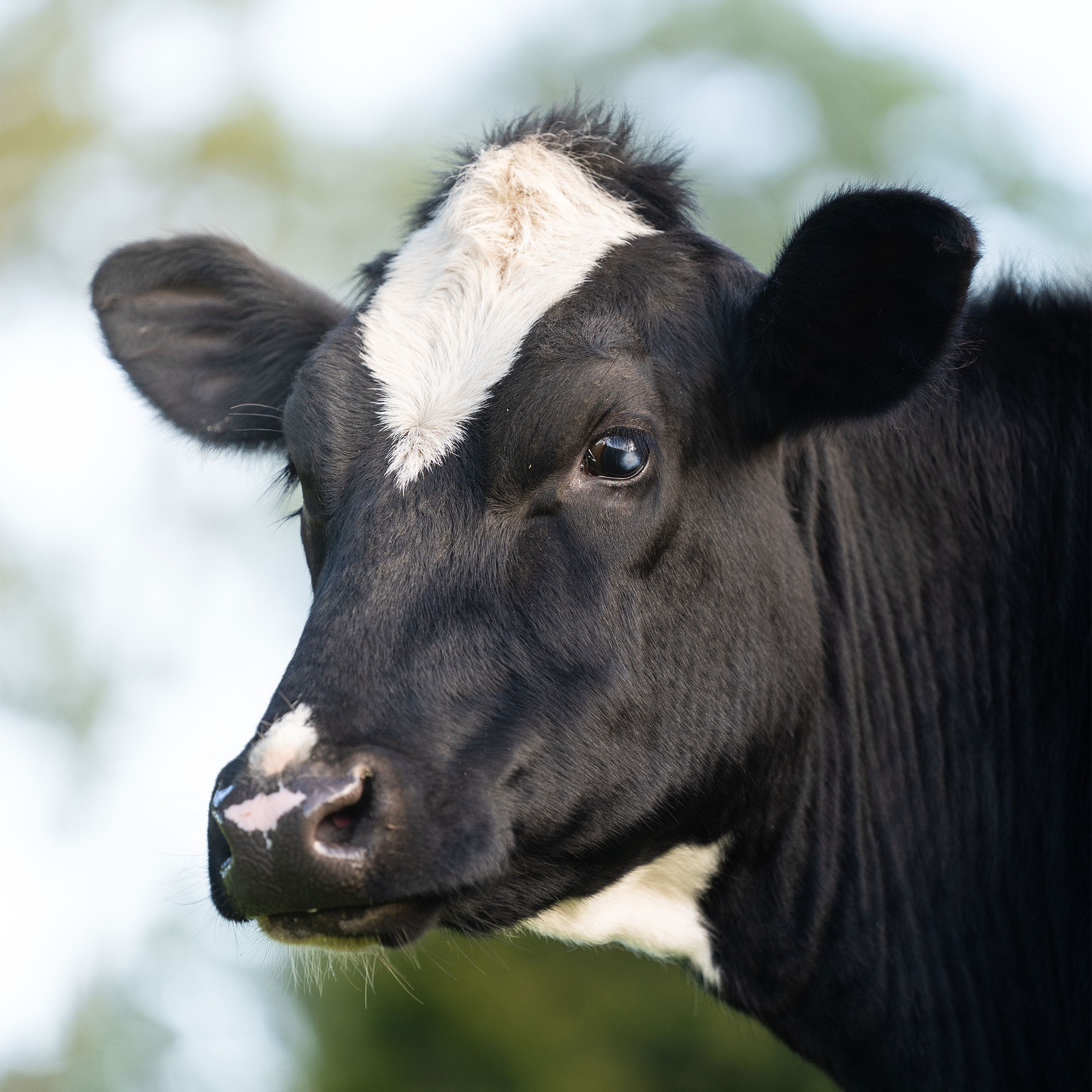 Mabel was rescued by two activists who negotiated with farmers for her release.

The farmers had been keeping Mabel, barely alive, in a filthy enclosure surrounded by a rotting sheep corpse and deep piles of excrement. They had been keeping her alive only to ‘flush her eggs’ when she was old enough, as her mum was a ‘good dairy cow’ and they wanted to combine Mabel’s eggs with the sperm of a bull in vitro. These would then be inserted inside cows considered to have ‘worse’ genes for dairy production.

After she was rescued Mabel was rushed to the vet, who told us she had pneumonia, lice infestation, and blindness in both eyes. She was also emaciated and in poor overall condition.

Mabel joined Yowie, our blind steer friend, in a special needs paddock near to the humans who care for them. They enjoyed a loving time together often grooming one another.

Thankfully, after loving care and eye treatment, Mabel’s vision has improved and she has partial vision. Mabel is now out with the larger herd. She is free from harm, forever.

Learn more about how cows are treated by animal industries.