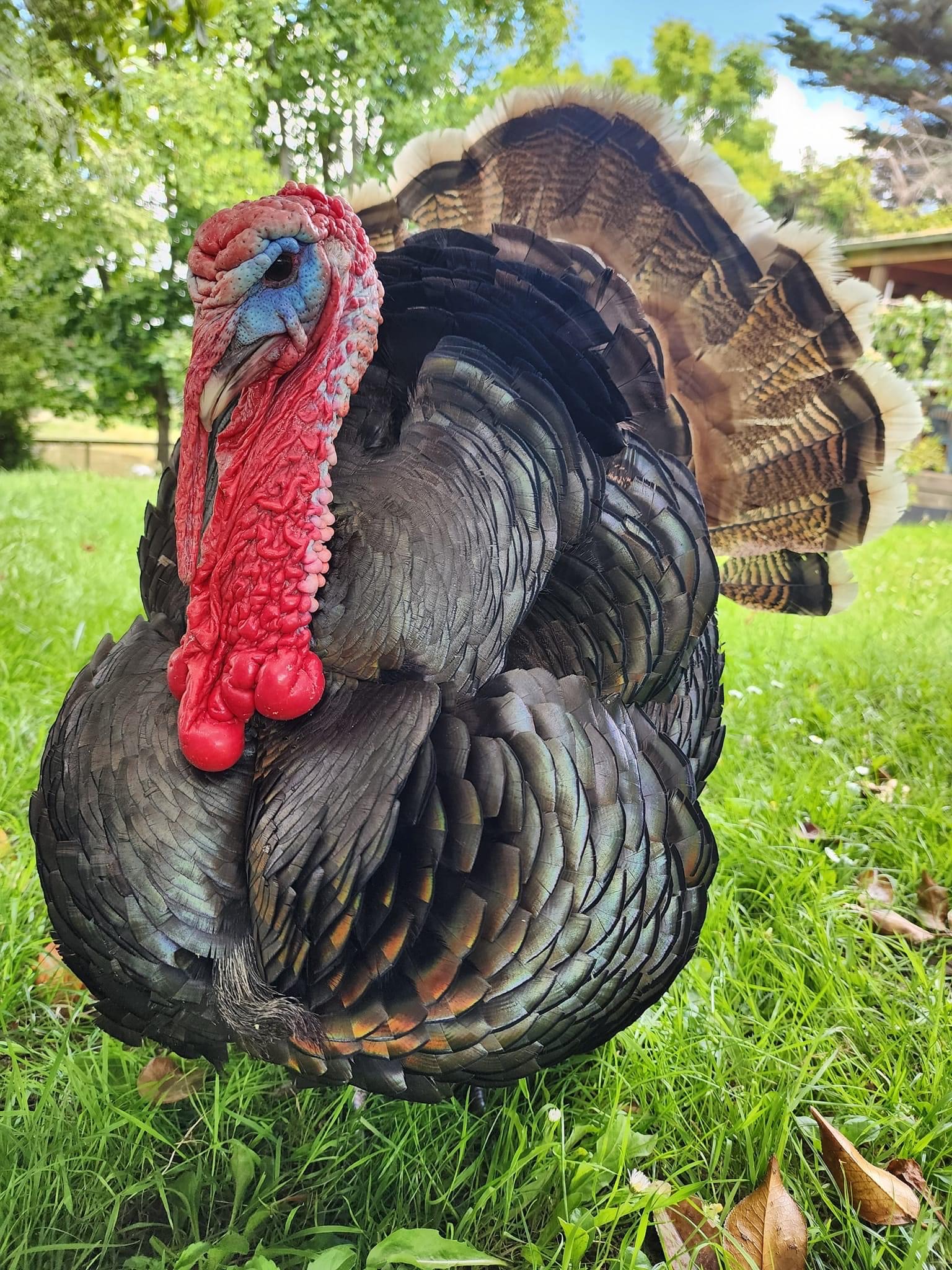 Just before Christmas 2021, King Arthur was impounded at a council pound. We do not know much about Arthur, where he came from or how he came to be in the pound. We were alerted to his situation, and agreed to offer him a loving forever home. His release was arranged, and a week and a half before Christmas, King Arthur was brought home to Liberation Sanctuary, with his queen, Guinevere, a hen who was also impounded at the same council pound.

King Arthur is settling into Sanctuary life beautifully and his personality is really starting to show.  He is very vocal and loves to put on a show for the ladies, including the humans, and spends his days following them all around in strut.