Crusoe started life living at a dairy farm that gradually changed over to a plant nursery. 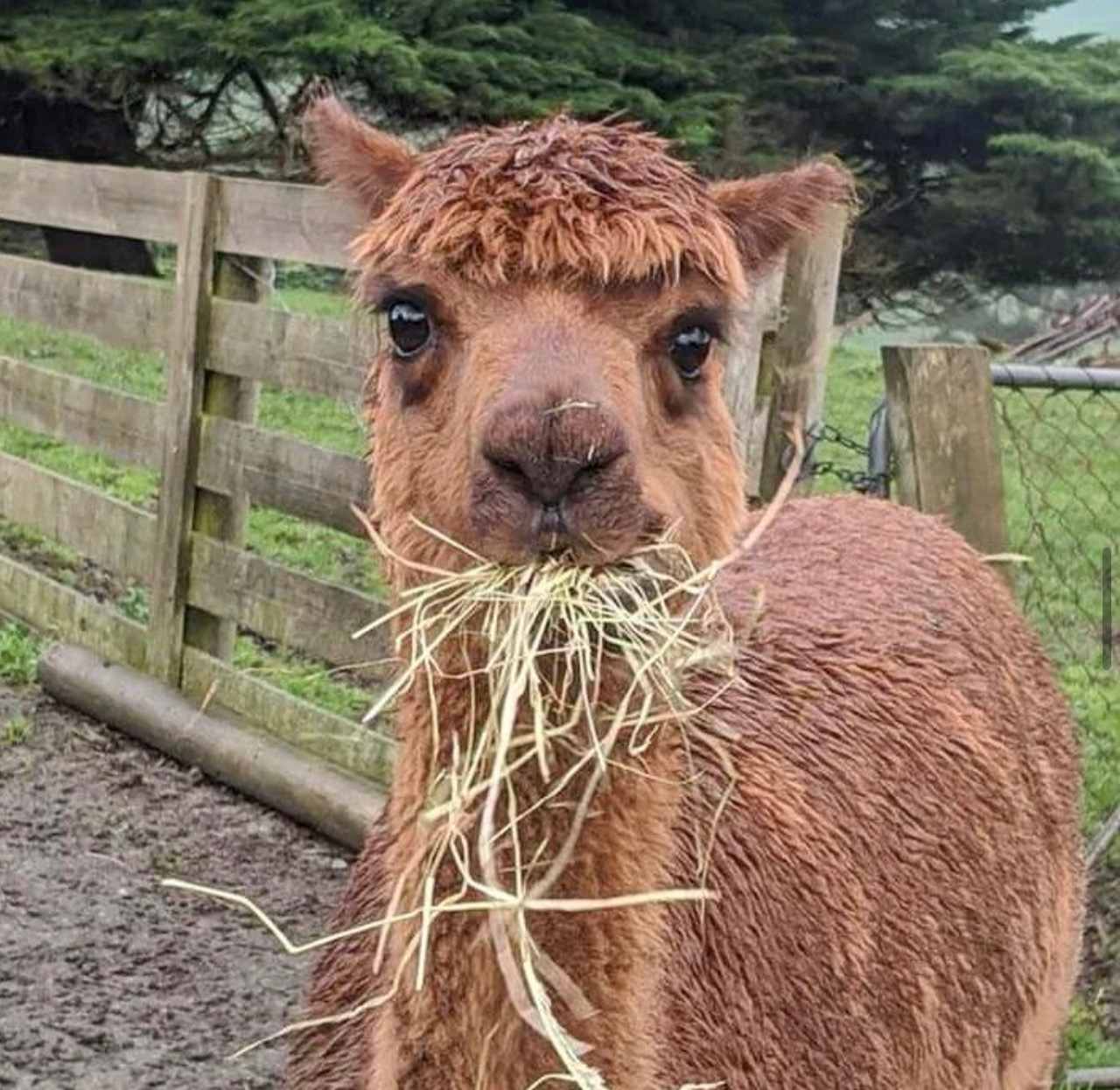 Crusoe had shared a paddock with another Alpaca buddy, but when he died Crusoe became lonely, so we were asked if he could join with the cows and sheep here at Liberation Sanctuary.  We happily took him in, and he was soon joined by even more Alpaca friends who found themselves needing a safe home. So, Crusoe is the founding member of the Alpaca herd here at Liberation Sanctuary including his friends Moby, Mimi, Jenna, Poppy, Ponzo and Pocho!