Found weak and huddled against a wall, Holly was rescued from a 'free-range' turkey farm. 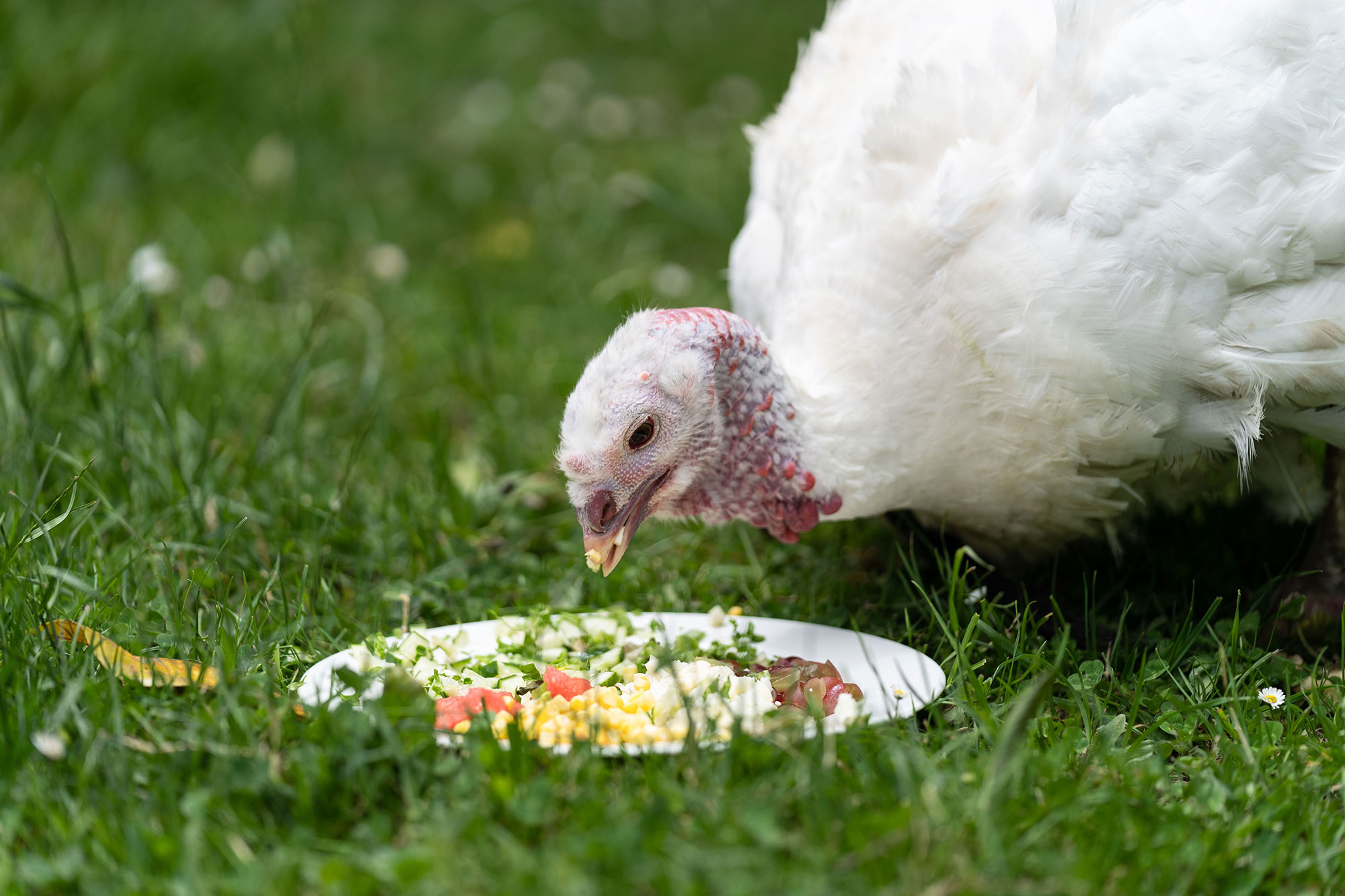 Millions of turkeys are killed every year in Australia, normally when they are only 10 to 12 weeks old. By the end of 2019, Lucky Holly will have lived to see seven Christmases.

Holly was given a lot of medical care following her rescue as she was very unwell. While she became completely healthy, she will always have a permanent disability. It is common practice in the turkey industry for turkeys to have the ends of their toes and the tips of their beaks cut off shortly after they hatch, to prevent them injuring each other in the cramped sheds they are forced to live tightly packed into.

Holly’s toes were cut particularly short, causing her to walk with a stumbling, awkward gait. Fortunately, her disability hasn’t prevented her enjoying her sanctuary home.

Holly lives alongside her closest friends, who are ducks. She is free from harm, forever.