Atlas was rescued from a dairy farm where male babies are bludgeoned to death with a metal pole. 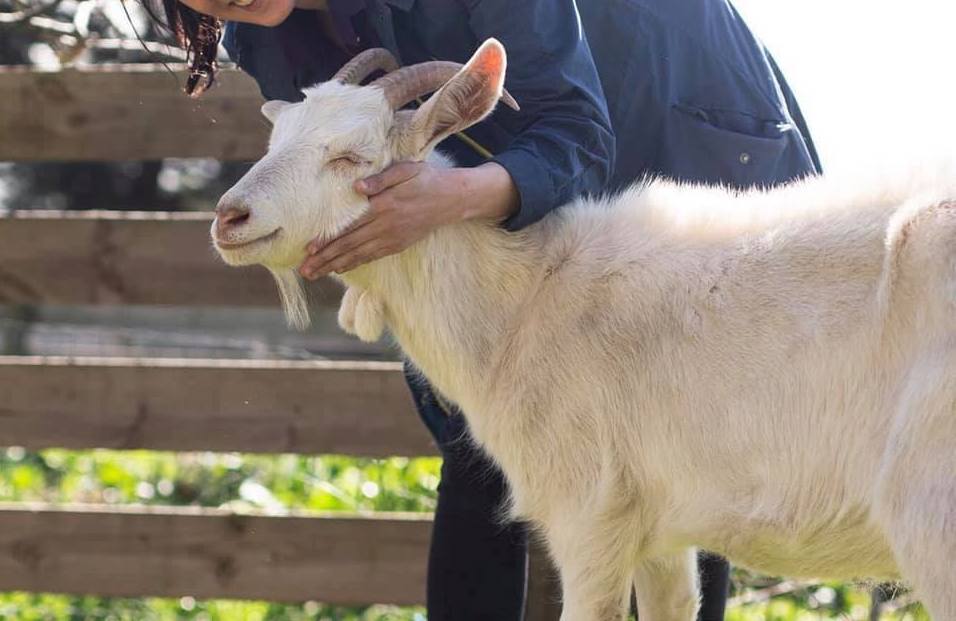 Almost twenty goat kids were surrendered to Vic Lamb Care by a woman who had begun working at a goat dairy, who was horrified when she learned that all the male kids were destined to be killed by blunt force to the head within a few days of their birth, because they would never produce milk.

Liberation Sanctuary took in Atlas and Mercury at about four days old. Both boys were not well, had multiple vet visits, and were on anti-biotics. Sadly at about a month old, Mercury unexpectedly passed away after having seemingly recovered, and is buried at the sanctuary.

Atlas lived and played contentedly for many years with the flock of sheep and two other goats.

Learn more about how goats are treated by animal industries, and see the farm Atlas came from.